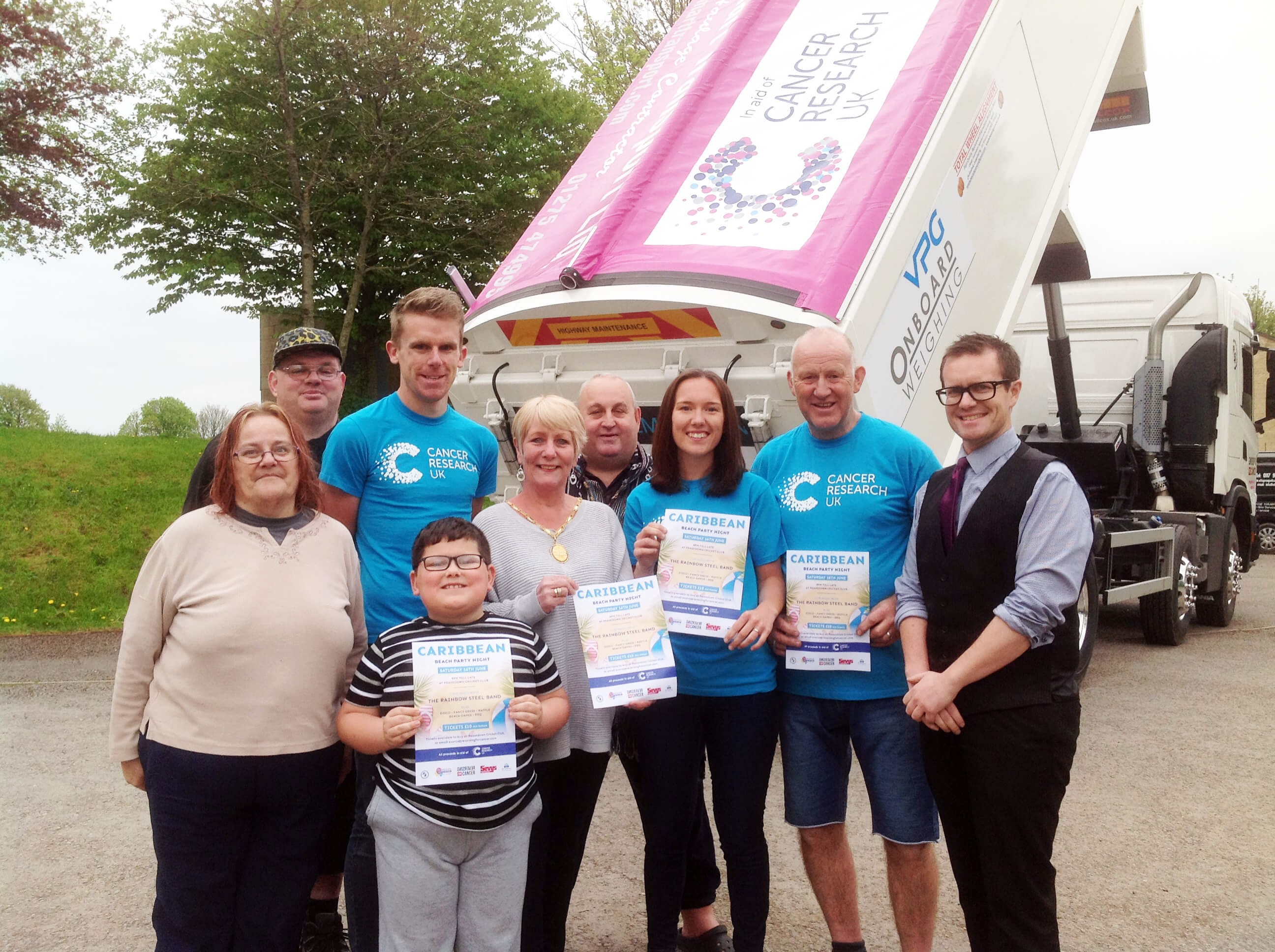 Tuesday 8th May 2018 Published by Craig Gill Leave your thoughts

During the month of June, the village of Peasedown St John will see not just one, but two summer celebrations!

As well as the tenth annual Party in the Park Festival on Saturday 9th June, people are being invited to a second celebration a week later.

Party in the Park, Reversing for Cancer and Sevy’s Sports Bar have joined forces to host a ‘Caribbean Beach Party Night’.

The additional event on Saturday 16th June is to celebrate 10 years of Party in the Park’s in Peasedown, and to raise thousands of pounds for cancer research!

Reversing for Cancer is a Paul Smart Transport Initiative set up in 2018 in aid of Cancer Research UK. Party in the Park is funding the June 16th event, with 100% of all money raised going to fighting cancer!

Reversing for Cancer Fundraisers, Chloe and Craig Gill, said: “Cancer effects everyone at some point in their lives. Whether it’s themselves personally, or a friend or family member. The impact cancer has is devastating, and despite years of fundraising we still have a long way to go to beat this terrible disease. Reversing for Cancer aims to raise £250,000 this year at various events and festivals, and so we’re really excited to have teamed up with Peasedown Party in the Park and Sevy’s Sports Bar at Peasedown Cricket Club to host this event on June 16th.”

With the help of Scania, Reversing for Cancer last Friday launched their brand new awareness tool – a Scania XT G450 8×4 Tipper Truck – in Peasedown St John. Present at the launch were representatives of all three organisations, local volunteers, with Cllr Karen Walker in her capacity as Vice-Chairwomen of B&NES.

Cllr Walker said: “It was hugely appropriate this year, as part of the 10th Anniversary of Peasedown Party in the Park, for the festival to do something on a national level in raising funds for cancer research. Party in the Park has committed £1,500 from its budget to cover the cost of the June 16th event, all of which has been raised over the last decade of summer festivals.”

The Caribbean Beach Party Night will be held at Peasedown St John Cricket Club on Saturday 16th June (a week after Party in the Park) at 8pm. There will be live music with The Rainbow Steel Band, plus a disco, raffle, fancy dress, beach games and a BBQ. Tickets are £10 each and available to buy at Peasedown Cricket Club; by emailing events@reversingforcancer.com, or through Karen Walker at 34 Church Road.