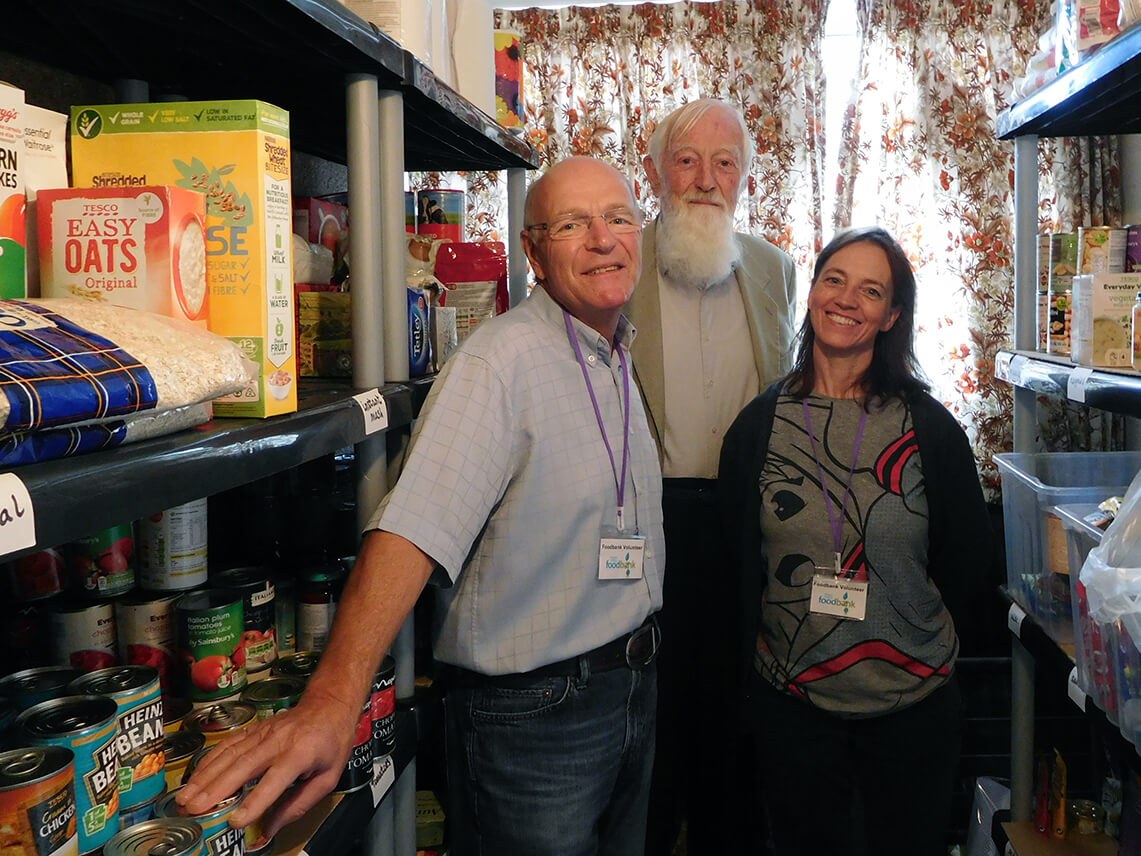 This is the second year that the two organisations have teamed up together!

Nathan Hartley, Chairman of Peasedown Party in the Park said:

“The Somer Valley Foodbank has done fantastic work over the years to help those who need it the most. More than 7,500 food parcels have been given out to people living in Peasedown St John, Radstock, Midsomer Norton, Paulton and the surrounding villages. That’s a lot of people who couldn’t put food on the table and who would have starved otherwise!

“We’re delighted that the Somer Valley Foodbank has accepted the invitation to be our Official Partner again this year. It makes this year’s festival even more special.”

“We still hear of people going hungry who do not know how to get a Foodbank voucher. People finding themselves in food crisis should approach a professional agency such as Citizen’s Advice, Children’s Services, Health Visitor and District Nursing Teams to name a few. Several B&NES services, Curo Housing, Sirona and some schools hold our vouchers. These professionals will also help people to find the long-term help and support they need to get through their crisis.

“All sorts of people find themselves in food crisis, whether it’s because of changes in Universal Credit, redundancy, debt, or even ill health. If you have a referral, we’ll feed you!”

Want to find out more about the Somer Valley Foodbank? Come along to Party in the Park on Saturday 8th June on Beacon Field Peasedown St John, 12noon – 7pm.