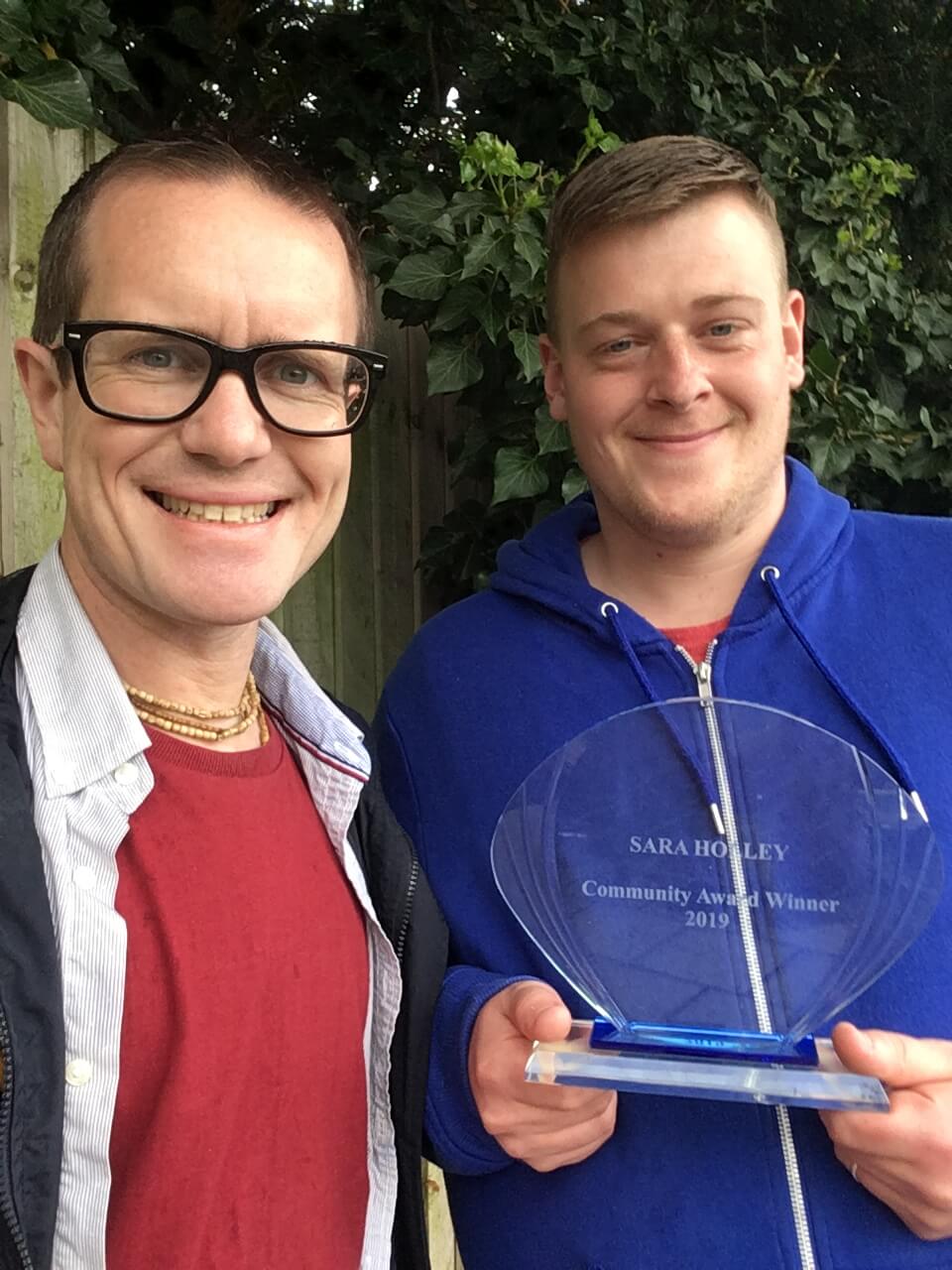 Nominations have opened in Peasedown St John for the village’s Sara Holley Community Award – launched eight years ago in memory of one of its most popular residents.

Sara’s son, Scott Holley, said: “We can’t believe 8 years have passed by already. A day doesn’t go by when we don’t think about Mum, and so are grateful that Nathan and the Party in the Park team organise this award every year. I know that our Mum loved the village and would have felt great pride having a community award named after her.”

Chairman of Peasedown’s Party in the Park, Nathan Hartley, said: “As a Peasedown native, Sara loved our village immensely and always wanted the very best for it, and for those that live here.

“Those that had the pleasure of knowing Sara will have many happy memories that they’ll cherish forever. She is missed by everyone who had the opportunity to meet her, and those who are active in the community can continue to make the village she loved a better place.”

The award itself will be presented at the village’s Party in the Park festival on Saturday 8th June, in front of a crowd of over a thousand people.

In 2011 the Sara Holley Community Award was won by Andrew Day – a member of Peasedown St John Methodist Church who set up a Tuesday night youth group to provide more activities for local youngsters. In 2012 Joy Gosz was selected to win the Award after spending the last thirty years running a variety of community initiatives and projects for local people.

Six years ago, husband and wife team Martin and Lisa Smith picked up the award for the tireless work they have done to encourage teenage boys to get involved with football. They run Peasedown Youth Albion – the village’s youth football club.

In 2014, in recognition for an outstanding seven decades of voluntary work in Peasedown St John, Ken Wilcox won the award for his efforts to make Peasedown Cricket Club the thriving establishment that it is today.

The following year, community stalwart Nina Philips was recognised for over 30 years’ service with the Brownies and Guides as a committed and dedicated leader.

In 2016, the creator of the Somer Valley Foodbank, which has fed over 7,000 people in need of emergency food, Joy Fraser was awarded for her hard work.

Two years ago, Paul Sly from Peasedown Albion won for his dedication to working with young people.

All nominations must be received by the Party in the Park team by 5pm on Friday 31st May. The Management Committee and Sara’s family will then use the criteria set to go through the nominations.

Nomination forms can be collected by: