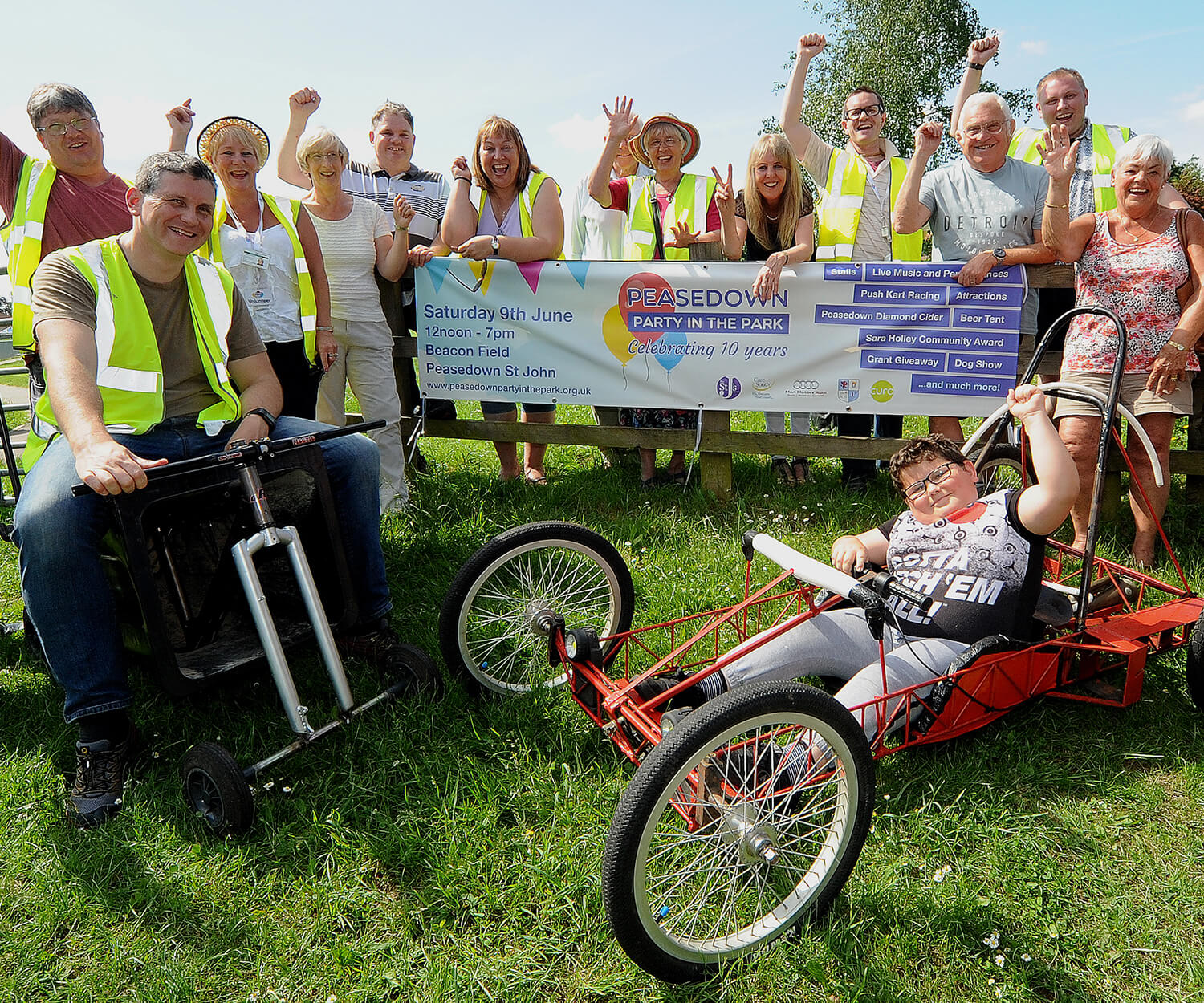 Peasedown party grant scheme to give away another £500

A popular community festival that has achieved record success over the last twelve years has re-opened its grant scheme to give money back to the community.

Peasedown St John’s Party in the Park is held every summer on Beacon Field, and due to the success of the 11th event last year, thousands of pounds were raised.

The majority of the money will go towards funding Party in the Park 2020 this summer, but the organisers have set an amount aside – the Party in the Park Grant Fund, to reinvest back into the village in the form of small and medium-sized financial grants.

Since the scheme was set up in 2010 over £15,000 has been given away to organisations such as Peasedown Primary School, Peasedown Methodist Church, Little Treasures Toy Library, Peasedown Youth Albion FC, Peasedown In Bloom, Bath All Starz, Peasedown Wellbeing Group, Chess in Schools, SJs After School Club, Peasedown Croquet Club, Laurel Farm Kindergarden and the local scouts.

And now, event organisers are pleased to announce they’re giving away another £500 again this year, as part of their 12th anniversary celebrations.

Party in the Park Treasurer, Joy Fraser, said: “When the organisers first met to plan Party in the Park all those years ago we decided that no matter how much money we raised we’d like to give some of it back to the community.

“Thanks to the success of our eleven previous festivals we are pleased to announce that the Party in the Park Grant Fund will give away another £500 again this year.

“This is our way of thanking residents for supporting last year’s festival and making it such a special day.”

Party in the Park Committee Member, Craig Gill, added: “All the members of the Festival Team have a strong sense of pride in Peasedown St John. We believe passionately in supporting the community at a grassroots level. Therefore, as well as just organising a large summer event each year we also want to do things for the community all year round.”

The 2020 Grant Fund was launched last week by this year’s organising committee, who are:

Party in the Park is looking for a new Volunteer Treasurer and Fundraising Manager to join their team. If you can help, please get in touch.

The closing date for grant applications is Friday 27th March. All interested applicants can download a copy of the Grant Fund application form at www.peasedownpartyinthepark.org.uk or email Joy Fraser at joyfraser951@gmail.com

Successful grant applicants will be congratulated in front of a packed festival crowd at Party in the Park 12 on Saturday 13th June on Beacon Field, Peasedown St John.