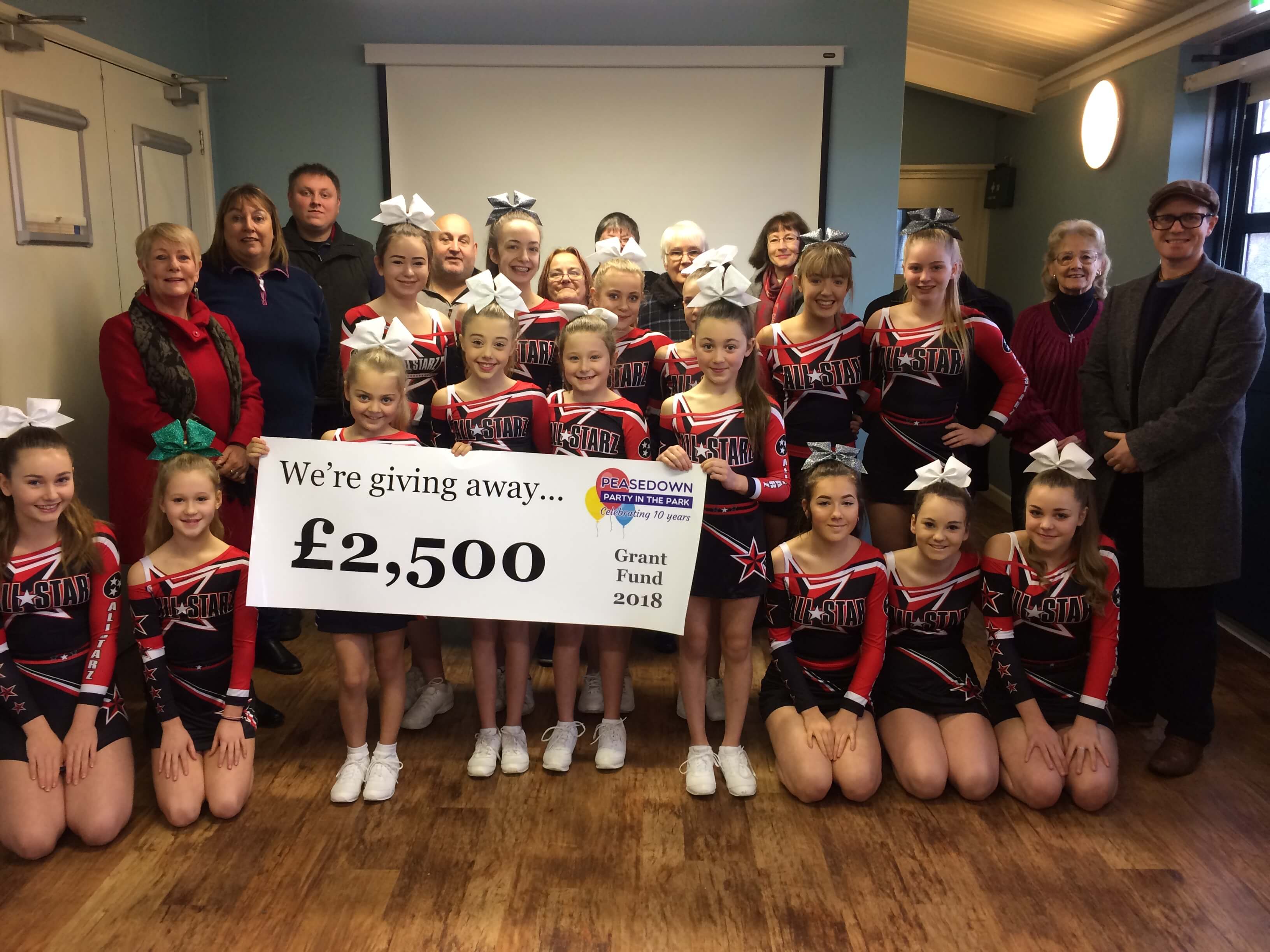 Peasedown party grant scheme to give away £2,500

A popular community festival that has achieved record success over the last ten years has re-opened its grant scheme to give money back to the community.

Peasedown St John’s Party in the Park is held every summer on Beacon Field, and due to the success of the ninth event last year, thousands of pounds was raised.

The majority of the money will go towards funding Party in the Park 2018 this summer, but the organisers have set an amount aside – the Party in the Park Grant Fund, to reinvest back into the village in the form of small and medium-sized financial grants.

Since the scheme was set up in 2010 a total of £11,000 has been given away to organisations such as Peasedown Methodist Church, Little Treasures Toy Library, Peasedown Youth Albion FC, Peasedown In Bloom, Bath All Starz, Peasedown Wellbeing Group, Chess in Schools, Peasedown Residents’ Association, Peasedown Croquet Club, Laurel Farm Kindergarden and the local scouts.

And now, event organisers are proud to announce they’re giving away up to £2,500 again this year, as part of their 10th anniversary celebrations.

Party in the Park Chairman, Nathan Hartley, said: “When the organisers first met to plan Party in the Park all those years ago we decided that no matter how much money we raised we’d like to give some of it back to the community. Thanks to the success of our nine previous festivals we are pleased to announce that the Party in the Park Grant Fund will give away up to £2,500 again this year. This is our way of thanking residents for supporting last year’s festival and making it such a special day.”

Applicants and nominators can apply for up to £500 each. Preference will be given this year to groups and individuals who haven’t applied before.

Joy Fraser, Festival Treasurer, said: “All the members of the Festival Team have a strong sense of pride in Peasedown St John. We believe passionately in supporting the community at a grassroots level. Therefore, as well as just organising a large summer event each year we also want to do things for the community all year round. We want to know from the public how they think the money should be spent. Anyone with ideas can get in touch.”

The 2018 Grant Fund was launched last Saturday morning in Peasedown St John at Beacon Hall with a little help from Bath All Starz, and representatives from Peasedown Methodist Church, Peasedown In Bloom, St John’s Church and Peasedown Residents’ Association.

All interested applicants can download a copy of the Grant Fund application form by clicking here or email Joy Fraser.

Successful grant applicants will be congratulated in front of a packed festival crowd at Party in the Park 10 on Saturday 9th June on Beacon Field, Peasedown St John.