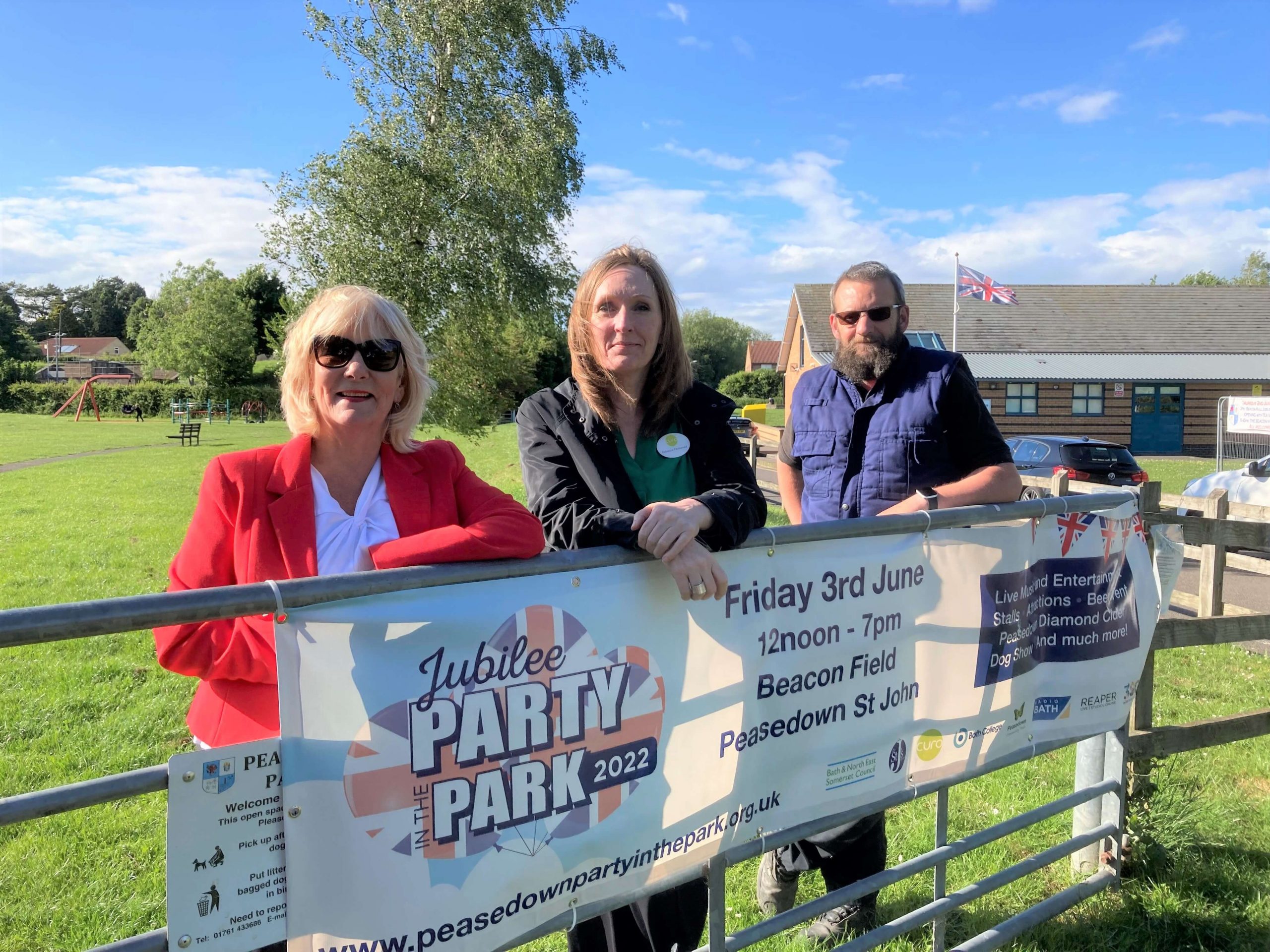 Peasedown gets ready to party at historic Platinum Jubilee Party in the Park Festival this Friday!

Sunday 29th May 2022 Published by Craig Gill Leave your thoughts

There are just days to go until Peasedown St John’s biggest annual event – the 12th Party in the Park community festival.

Sponsored by St John’s Church, Curo, Bath College, Bath & North East Somerset Council and the Peasedown Community Trust, over 2,500 people are expected to come along to enjoy over seven hours of live music and entertainment.

This year, as part of the national Platinum Jubilee celebrations to celebrate the 70-year reign of HM Queen Elizabeth II, the festival will be held on Friday 3rd June from 12noon – 7pm on Beacon Field.

The event includes a huge array of stalls and attractions, seven hours of live music and entertainment, a Dog Show, Mini-Athletics, and the return of the Peasedown Diamond cider.

Revd Matthew Street leads St Johns Church, which has sponsored the festival every year since it began. He said:

“The event organisers have been working very hard to ensure this year’s Party in the Park is the best yet with even more attractions, performers and special guests. St John’s Church is always pleased to support events that make a positive impact in the community, which is why we are delighted to be one of the Jubilee Party in the Park official sponsors.

“We look forward to supporting the event for many years to come!“

The stage and entertainment line-up this year is being managed by Reaper Events and Radio Bath.

B&NES 3SG, one of the Official Event Partners, will be providing over 20 hours of volunteer support by helping to staff the festival gates.

“We are hoping to top the last 11 festivals and put on a show never seen before in Peasedown St John.

“The team has worked exceptionally hard this year. We have almost 40 attractions, more than 30 volunteers signed up to make sure things run smoothly, and have raised £3,000 in sponsorship, which contributes towards the £7,000 event costs we need to host the event. The six members of the management team have contributed more than 300 hours of volunteer time to ensure Peasedown’s Party in the Park lives up to its already positive reputation.“

Jubilee Party in the Park, as part of the national four-day bank holiday to mark HM The Queen’s Platinum Jubilee, officially starts at 12noon on Friday 3rd June on Beacon Field – with festivities running until 7pm.

Parking is limited around Orchard Way so people are encouraged to walk or use public transport. B&NES Council has granted a road closure for French Close for the duration of the event.