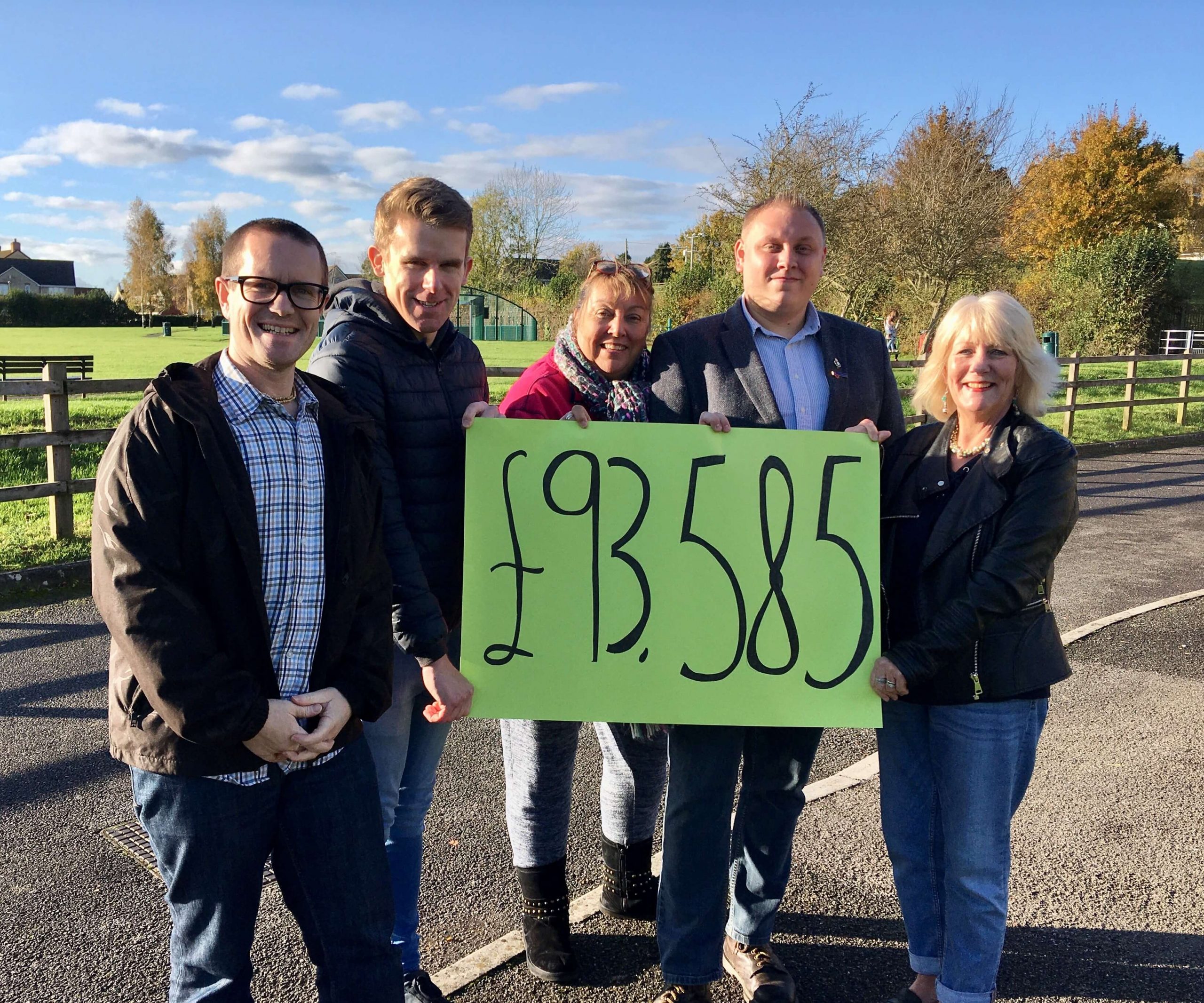 In the October of 2008, during one afternoon at Peasedown Youth Centre, the first ever Party in the Park meeting was held. Those present included representatives from groups that had hosted events before, and a collection of brand-new people who wanted to get ‘stuck in’.

From the early beginnings of pulling together ideas on a large sheet of flip-chart paper, Peasedown Party in the Park was born! The first event, pitched as a grand family fun day, was opened in 2009 by Glastonbury Festival founder Michael Eavis and held in the new location of Beacon Field. With a small stage for musical performances and around 1,500 people attending, this was a great start to a string of successful festivals.

Now, eleven years on, Peasedown’s Party in the Park festival has become one of the most popular in the district, with over 2,500 visitors and more than £7,000 being secured each year to fund the event.

Last week, the festival committee held their Annual General Meeting where the total amount raised from 11 years of events through sponsorship, stall holder fees and entrance gate donations, was revealed.

Treasurer, Joy Fraser said: “When I added it all up, I was surprised at how much money has been raised over the last decade. Much of the money has been re-invested into Party in the Park each year but some has also gone to help projects in the village and it is good to be able to do that.“

When all the figures had been added up, the team revealed that a massive £93,585.59 has been raised. Almost £15,000 has been given back to the community through grants. Groups and initiatives that have benefitted include:

“My thanks go to the team over the past year, who have brought a wealth of knowledge, expertise and passion to the roles they’ve performed; Joy Fraser, Karen Walker, Max Feeney, Craig Gill, Helen Thorn, Andrea Feeney and Andy Day.

“We couldn’t do what we do though without the 30-40 people who commit time and energy at the festival to give out programmes, collect litter and help set up and pack away at the end of the day.“

For more details about Party in the Park or any of their associated initiatives visit www.peasedownpartyinthepark.org.uk. They can also be followed on Twitter: @peasedown_party