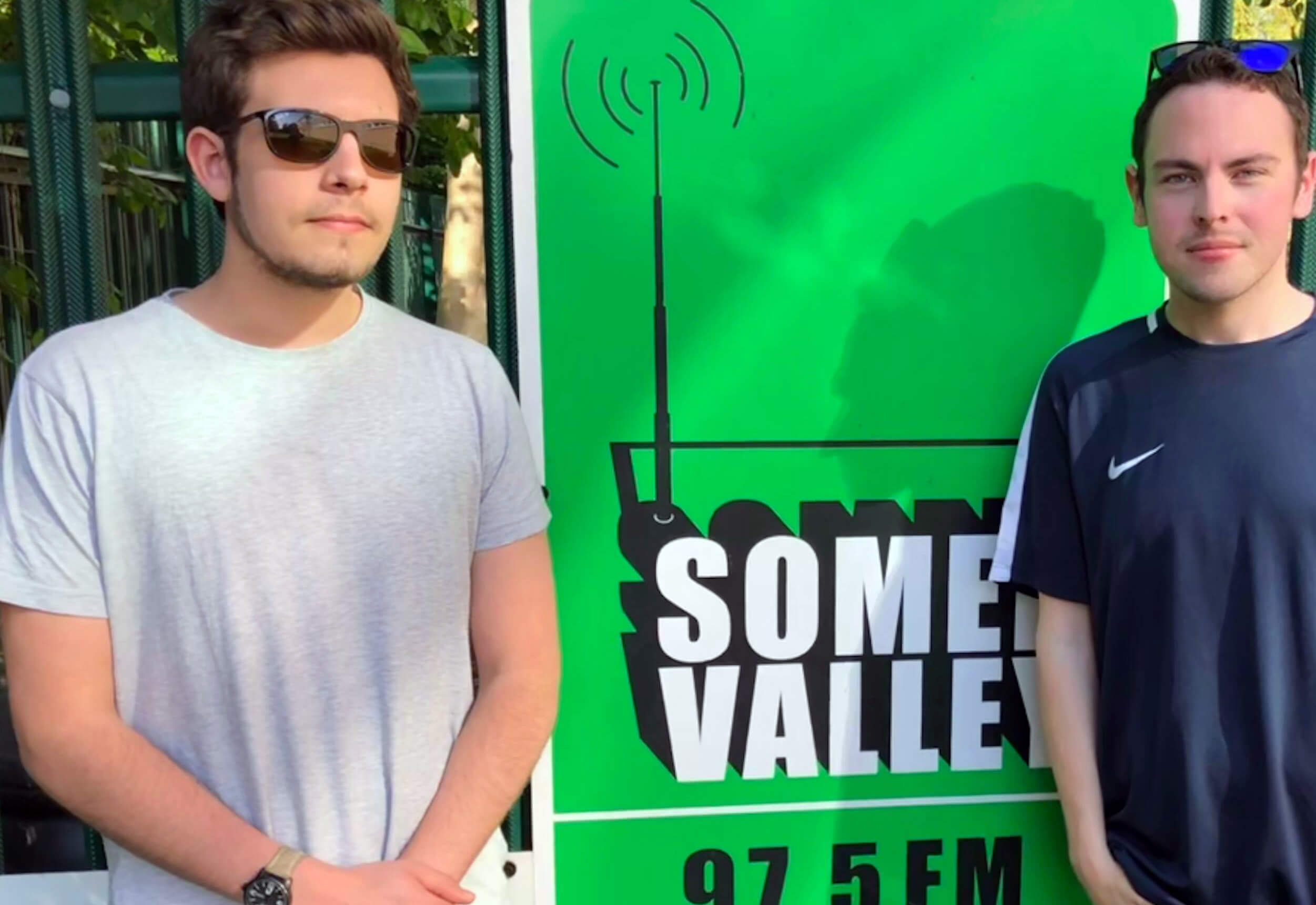 Monday 21st May 2018 Published by Craig Gill Leave your thoughts

The special guest hosts have been announced for Peasedown St John’s 10th Party in the Park festival. Somer Valley FM’s Pete and Seb will be leaving the studio to help entertain over 2,500 people on stage at the village event.

Pete, who has been involved in local radio for 10 years, and currently works for a major commercial radio network, said: “I’ve spent the last few years attending Party in the Park, and loved every minute of it. It’s a fantastic community event that has a reputation for being one of the best in the region. I’m extremely honoured to have been asked to MC this year.”

As a Director of the station, Pete has been a key player in taking Somer Valley FM from a Somervale School project in 2006 to becoming the area’s only dedicated broadcasting service. Pete’s wit and radio talent will be a welcome addition to the summer festivities.

This year Pete will be joined by 21 year old Seb, one of the station’s Specialist DJ’s. Seb, who has been with Somer Valley FM for three years, said: “I’m really excited to be a part of this historic 10th Party in the Park festival. I’ve been DJing in clubs since I was 14 years old, but nothing compares to what’s lined up in Peasedown on June 9th!”

Seb is also part of the team behind the Keynsham Music Festival.

Somer Valley FM will also be broadcasting live on the day. Station DJ, Pete Bailey will also be in attendance with his summer tunes, and Bath Audi are supporting the broadcast.

Now in its tenth year, Party in the Park attracts over to 2,500 people each summer and has quickly become one of the most popular family events in the local calendar.

Entertainment Manager, Andrea Feeney, said: “This year will be our best yet. We’ve got a full line up of live music with fantastic local bands, more attractions than ever before, our Grant Giveaway, and the Sara Holley Community Award 2018. To top this off, we’ll have Pete and Seb hosting. It doesn’t get much better than this.”