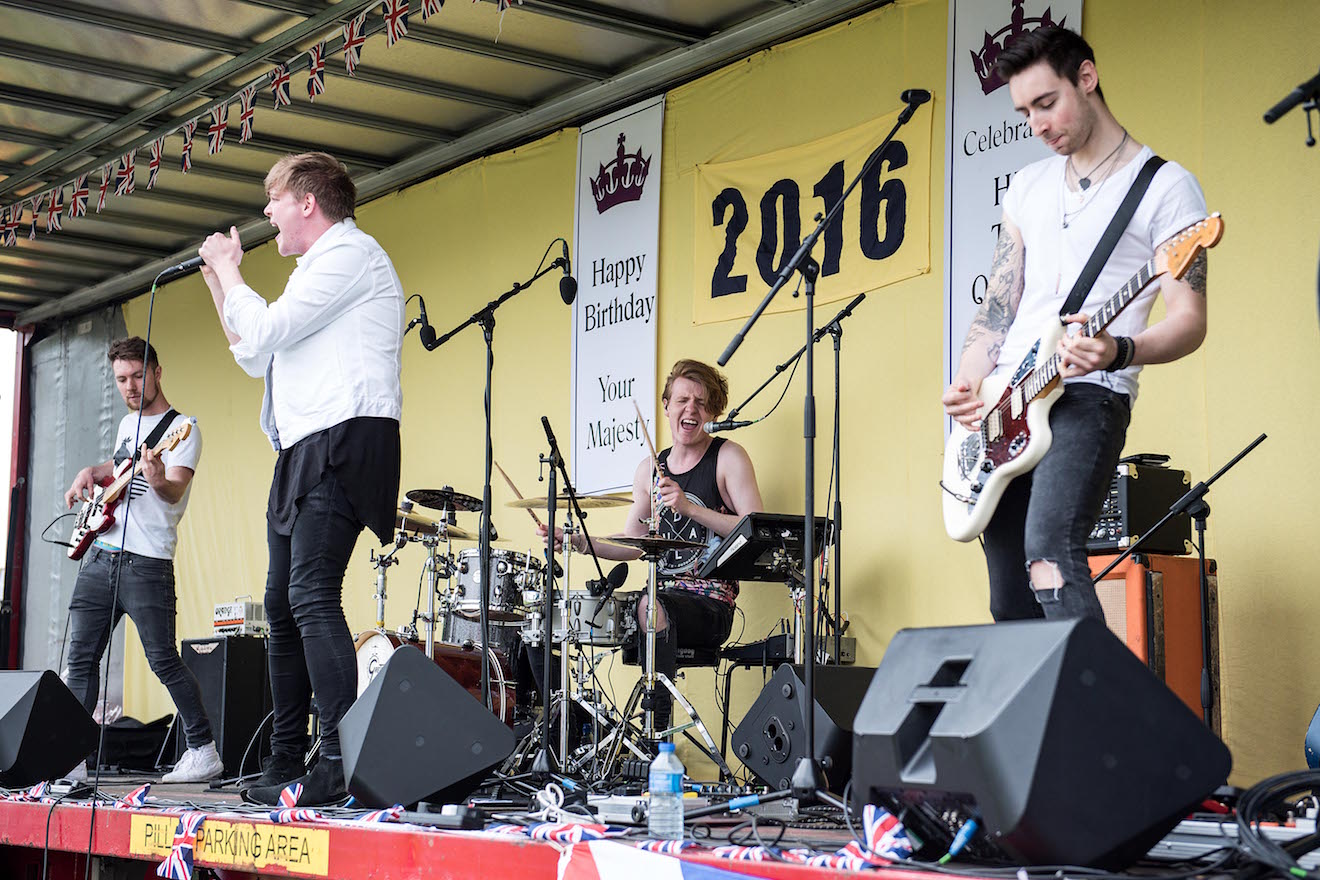 Monday 9th May 2022 Published by Craig Gill Leave your thoughts

Some of the most popular and successful entertainment acts in the region will be performing at this year’s Jubilee Party in the Park Festival in Peasedown St John on Friday 3rd June.

Party in the Park sets aside a budget of over £1,000 each year to cover the costs of PA technical support and stage hire.

“A very large proportion of our festival budget goes on entertainment and all the costs we legally have to spend in connection with it.

“Without the support of our major sponsors this year, we really would have struggled to put on the spectacular Jubilee Festival we have planned. In total, we received 33 enquires from performers wanting to appear on our Main Stage this year – the most ever!“

“Peasedown Party in the Park is hugely popular not just locally, but across the region. This is why the council had no hesitation in supporting it this year.

“It’s great to see public events like this starting to take place again after two years of lockdowns and Covid uncertainty. I hope everyone has a fantastic time over the extended June Bank Holiday Weekend.”

The festival is expected to see over 2,500 people come through its gates on June 3rd.

Original Barn Finds
Hailing from the heart of rural Somerset, the Original Barn Finds were conceived in 2017 when cousins Chris and Rich Brown finally joined musical forces after years of procrastination, alongside life-long friends Trev Fox and Nick Pratt.

After a few open mic performances another old friend, Troy ‘the bass player’ Wells, joined to complete the line-up that has become much beloved by discerning punters at small local festivals and vintage car shows in the Somerset area.

Their mission is to bring joy to the masses through the medium of classic covers in a Folk/Americana/Bluegrass style.

Peasedown St John Primary School Children
Children from the local primary school will perform a number of songs, including the National Anthem.

The Great Day Choir
The Great Day Choir is a network of daytime pop and soul choirs for women based in Bristol and Bath. They sing songs which are upbeat, fun and make us feel good. There are no auditions and no previous experience is needed.

Founder, Beth Morgan, started this choir to give people a place to belong, an opportunity to get involved in community projects, find support, have laughs and fun – all through singing together.

Beth has a broad experience of working with children, young people and adults in formal and informal settings. She works with choirs of all ages and abilities.

The Fondue Set
A Bath based band that performs popular, well-known songs. One of their band members is Pete Nunez, a presenter at Radio Bath.

Keith Horler
Keith is a talented Singer-Songwriter from Radstock. He records and performs his own songs. His albums include The Otherside and 60’s Kid, both recorded at Western Star Studios.

He is well known and loved on the local performance circuit, playing at local pubs, clubs and community festivals.

Kerosene Grace
A Bath based band that was formed 7 years ago who all have a mutual love for music and individual knew each other and came together.

They write their own songs with Steve on piano, Sam vocals and Luke on guitar.

Frontwoman and songwriter Anna Mountford taught herself to sing as a child referencing Garland, Streisand, Maria McKee, Joan Osbourne, Edie Reader and the music scene of the 80’s and 90’s as major influences. She fronted covers and original bands in and around London through the 90’s but began writing her own material in 2010 following a move to LA which she describes as a knee jerk response to the culture shock of living in Hollywood. A chapter in her life she loved and hated in equal measure.

Open Road Somerset
A 5 piece covers band from Somerset who play a wide range of songs spanning six decades – from the ’60’s to current day. They appeal to a wide range of ages and differing music tastes. From pubs to open air stages, village halls to conference centres, they have the equipment, lights and PA to suit the venue. Their set lists include a range of artists from The Killers, Stereophonics, Pulp and Bryan Adams to Radiohead, Justin Hayward and Green Day.

Jubilee Party in the Park, as part of the national four-day bank holiday to mark HM The Queen’s Platinum Jubilee, officially starts at 12noon on Friday 3rd June on Beacon Field – with festivities running until 7pm.

The event features 7 hours of live music and entertainment – with Radio Bath and Reaper Events, a Dog Show, The Red Post Beer Tent and a huge range of stalls and attractions.