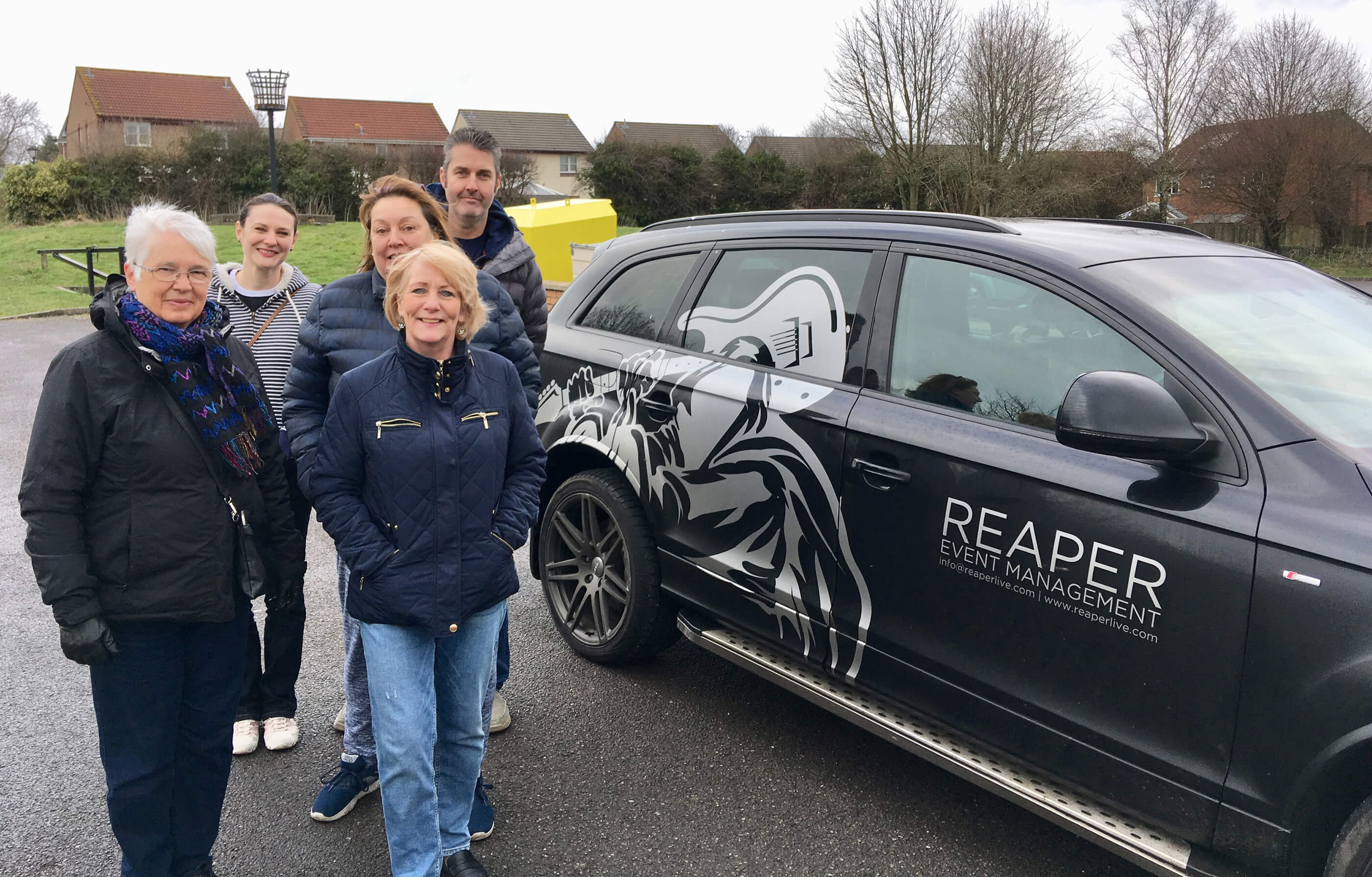 Sunday 19th May 2019 Published by Craig Gill Leave your thoughts

Some of the most popular and successful entertainment acts in the region will be performing at this year’s Peasedown Party in the Park summer festival on Saturday 8th June.

Party in the Park sets aside a budget of over £1,000 each year to cover the costs of expenses, PA technical support, and payments to the Performing Rights Society so copyright infringement is not breached.

Party in the Park Entertainment Manager, Andrea Feeney, said: “A very large proportion of our festival budget goes on entertainment and all the costs we legally have to spend in connection with it. Without the support of our major sponsors this year, we really would have struggled to put on the spectacular 11th Anniversary event we have planned. In total, we received 33 enquires from performers wanting to appear on our Main Stage this year – the most ever!”

Party in the Park has teamed up with Reaper Events for 2019, who will be providing the staging, lighting and sound equipment.

The festival is expected to see almost 3,000 people come through its gates on June 8th.

Call the Shots
A four-piece band that started 7 years ago, which originally started as an out and out classic rock / modern rock band but over the years now has diversified their set to accommodate any audiences from pub/clubs to parties and weddings.

PRUKL
This band love to play live music the way it should be – no miming, backing tracks, auto tuners or gimmicks! They all love music and live by two rules: 1 – ‘Keep it Real’ and 2 – ‘Keep it Live’.

This punk/indy/classic rock band hail from Weston-super-Mare and come with huge positive reviews from across Somerset. Their natural style will get everyone on their feet at Party in the Park 2019.

Mighty Miss Blues
A five piece covers band featuring male and female vocals, guitars, bass and drums. The band members have played in various bands over the years, finally joining together to form Mighty Miss Blues. Between them they have a wealth of experience – various members have performed at Glastonbury and Reading festivals, and their vocalist has been featured on a number of TV themes.

Their wide range of songs includes a mix of rock, pop, blues, soul and dance which is guaranteed to keep audiences entertained and the dance floor full!

Original Barn Finds
Hailing from the heart of rural Somerset, the Original Barn Finds were conceived in 2017 when cousins Chris and Rich Brown finally joined musical forces after years of procrastination, alongside life-long friends Trev Fox and Nick Pratt.

After a few open mic performances another old friend, Troy ‘the bass player’ Wells, joined to complete the line-up that has become much beloved by discerning punters at small local festivals and vintage car shows in the Somerset area.

Their mission is to bring joy to the masses through the medium of classic covers in a Folk/Americana/Bluegrass style.

Punk with Attitude
Local to Midsomer Norton and surrounding areas, this four-piece punk covers band have been playing punk together for just under two years. They are led by the man who lived through the era, the rest of the band bring a new sound along with some fresh, new age covers.

Expect to get taken back!

Jamie Woodland’s Black Belt Academy
Founded in 2001, Jamie Woodland aims to teach martial arts to everyone regardless of age, gender or physical ability. There are no politics, egos or bad attitudes at the academy, they pride themselves on being a friendly, welcoming centre of excellence open to people from beginner to those who already train from any style or association.

Boogie Bounce
Boogie Bounce is a proven keep fit programme, designed for a mini trampoline, which provides an all over body workout and is choreographed to funky music.

The Fondue Set
Named after one of the 1980’s most favourite items. The Fondue Set are comprised of members of two City of Bath bands of the 80s, Snapshot Parody and The Letters. They recently played at the Guildhall in Bath for the Chair of the Council and will be with us in Peasedown on June 8th.

The African Sambistas
The African Sambistas are an Afro Brazilian drum and dance group who perform at festivals, carnivals and parties. Their mission is to raise the energy until resistance is futile with a blend of swinging beats and energetic shapes.

The Sambistas rehearse Wednesday evenings in Bristol and new members are always welcome.

Party in the Park 2019 officially starts at 12 noon on Saturday 8th June on Beacon Field – with festivities running until 7 pm.