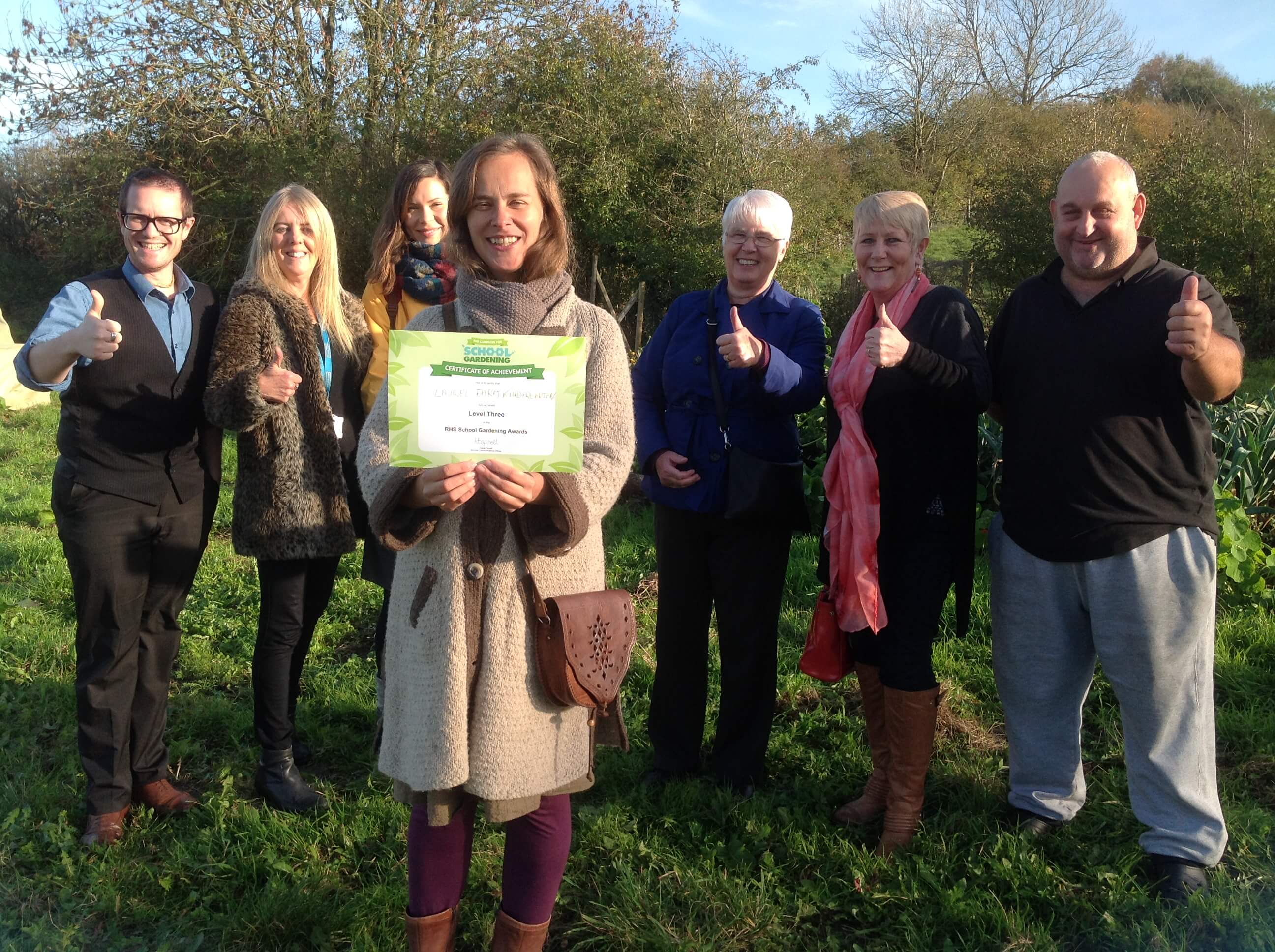 Community leaders visited the Laurel Farm Kindergarden in Carlingcott last week to congratulate them on their national success.

The rural school, which encourages children to learn through active outdoors play, has won a national Royal Horticultural Society Award for gardening. Judges at the RHS were impressed with the commitment the school has shown to environmental projects and ecological schemes. In particular, a recent gardening project funded by the Peasedown Party in the Park Grant Fund allowed the school to purchase new equipment, apparatus and a variety of fruit and flower seeds.

School Teacher Dominika Baran said: “We were so pleased to learn that we’d won this award. The children have worked so hard to create a vegetable garden that will feed them, and their families for several months. To have been recognised by the prestigious Royal Horticultural Society is wonderful news, and without the £300 grant from Party in the Park it never would have happened.”

The award entitles the kindergarden to three large deliveries of seeds, saplings and equipment next year. All new fruit trees gifted by the RHS will be planted at the school meaning the local community will benefit from fresh fruit for many years to come.

Joy Fraser, Party in the Park Treasurer, said: “When we set up Party in the Park in 2008 we decided we wanted to support the community all year round, not just on one day of the year. So, a lot of the proceeds we make after each year’s festival are reinvested back into the local community. As the festival has got bigger, we’ve been able to fund more projects. We were delighted therefore that Laurel Farm Kindergarten not only applied, but went onto win a national award thanks to the grant we provided. We also funded Peasedown In Bloom which won Silver in their regional competition – so it’s been a good year for Party in the Park funded projects!”

Cllr Sarah Bevan (Independent, Peasedown St John) added: “I was amazed to see the diversity of wildlife and outdoor play at the Kindergarden when I visited. There is a tremendous amount for children to do and explore over the six acre site, such as a planted woodland, wildlife ponds, livestock and beautiful views of the Cam Valley. This small, idyllic spot in Somerset is a real haven for children to learn, grow and play.”