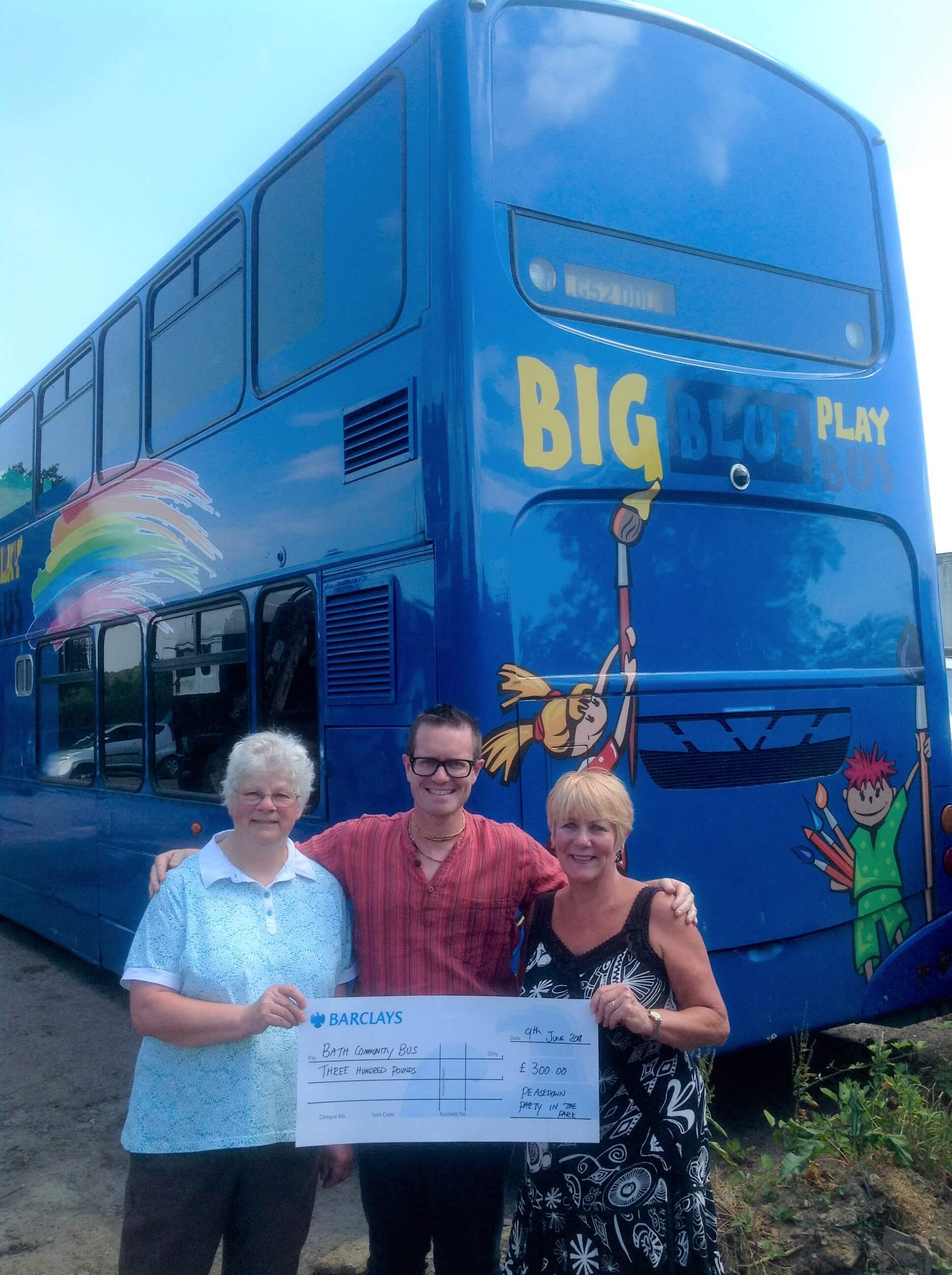 A popular community initiative that sees a Big Blue Bus visiting rural areas has received a funding boost, thanks to the Peasedown Party in the Park Grant Fund.

The Community Bus, which has been supporting children and families since 1991, visits Peasedown St John once a week, providing a safe and stimulating play environment for young children who do not have access to other play facilities. It also provides a friendly meeting place for adults to share ideas and concerns.

Project Manager, Anna Marie Perry, said: “After seeing an advert in the local newspaper appealing for applications for the Grant Fund
earlier in the year we decided to apply. We’re very grateful for the funding from Party in the Park. It has meant that we’ve been able to fund essential equipment for our children’s play sessions in Peasedown St John. The Community Bus is a mobile facility working throughout Bath and NE Somerset in areas where adults and children feel socially or geographically isolated. Priority is given to those who whose access to resources is limited due to discrimination, and we aim to encourage a sense of community, and organise safe and stimulating play.”

The Peasedown Party in the Park Grant Fund was set up in 2010 to support local projects and initiatives that struggle to get funding from elsewhere. Over the past 8 years, more than £13,000 has been given out to a variety of groups across Peasedown St John.

Party in the Park Treasurer Joy Fraser added: “When we set up Party in the Park in 2008 we decided we wanted to support the community all year round, not just on one day of the year. So, a lot of the proceeds we make after each year’s festival are reinvested back into the local community. As the festival has got bigger, we’ve been able to fund more projects. We were delighted that The Community Bus applied this year. It’s inspiring to see different innovative ways in which the funding is spent.”

Next year’s Grant Fund will open in March 2019. The Bus runs family sessions in term-times and playschemes for 5 – 12 year olds in the holidays. In 2016/17 they worked with 3,673 people in 9 different locations. 254 sessions were held. 412 children were registered for playschemes. The Bus is based in in Beacon Hall car park in Peasedown St John on Monday afternoons, from 1pm – 3pm.