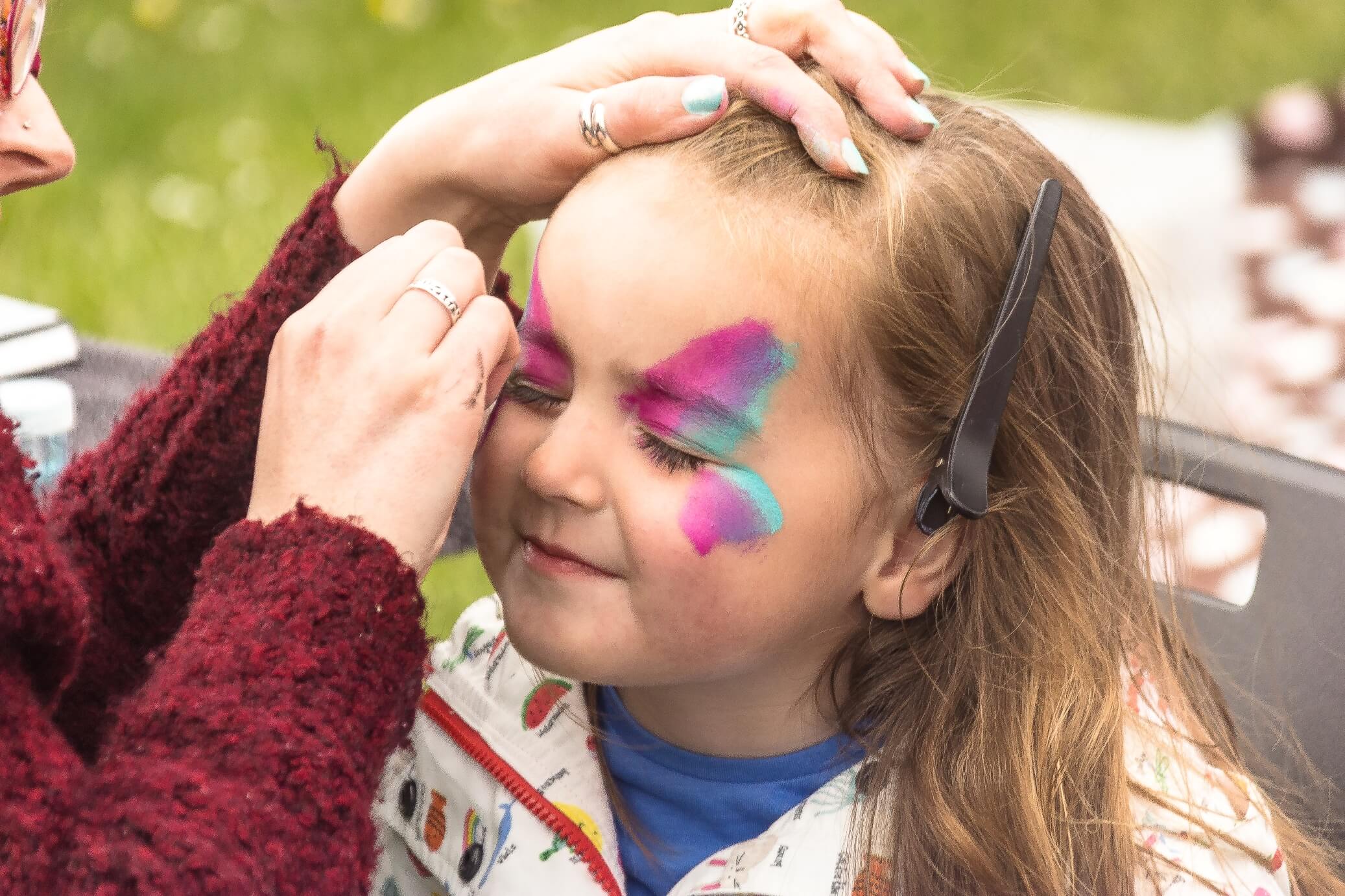 Almost 3,000 villagers came along to Peasedown St John’s 9th Party in the Park Community Festival last Saturday to celebrate the joys of summertime.

The event, which included special guest Richard Wyatt from HTV/ITV News, featured a huge array of stalls and attractions, the village’s first ever Official Push Kart Race, the return of the Peasedown Diamond cider, and the results of the Party in the Park Grant Giveaway.

The Sara Holley Community Award, set up in 2011 in memory of a life-long resident who passed away, was won by a man who has spent many years coaching and supporting young people on the football pitch.

Paul Sly’s voluntary work with Peasedown Albion Footaball Club only started a few years ago, but once he got stuck in, he couldn’t stop!

Over this past 12 months Paul has not only been the manager of Peasedown Albion Football Club’s under 15s team, but he’s also single-handedly got the youngest age-groups flourishing and bursting at the seams with both boys and girls learning how to play football with big smiles on their faces!

Party in the Park chairman, Nathan Hartley, said: “Paul has worked extremely over the last three years to encourage and inspire young people to get involved in sport. Over 100 children and teenagers are being trained by Paul on a weekly basis. He does it all in his own time, and doesn’t want anything in return. Members of the club were so impressed with his dedication and commitment that we were overwhelmed this year with nominations for Paul to win the award. The person who nominated this man said “I certainly cannot think of anyone locally that would deserve this award more. Congratulations Paul on all you’ve done to support the young people of our village.”

Almost £3,000 was raised on the day, which contributes to the total £6,000 cost of hosting the one-day event. All of the money will be reinvested back into Peasedown St John either through future events or the Party in the Park Grant Fund.

Festival revellers were kept entertained all afternoon thanks to back-to-back outstanding performances, all of which were sponsored by Peasedown St John Parish Council, from DJ Pete Bailey, the Bath Spa Band, Susan Hill School of Dance, Maitree Express, Rubix Groove, Boogie Bounce, Call the Shots and the Rosa Gray Band.

To add extra excitement to the proceedings, this year’s Special Guest Host was Pete Helmore from Somer Valley FM, with the radio station broadcasting live throughout the afternoon.

Other attractions and stalls throughout the afternoon included;

Peasedown St John’s Party in the Park festival was held on Saturday 10th June on Beacon Field, from 12noon – 7pm. Thanks to the support of the local Lions Club, Air Cadets and Party in the Park volunteers over 60 hours of time were given to staff the festival gates, and ensure the event ran according to plan, and to schedule.