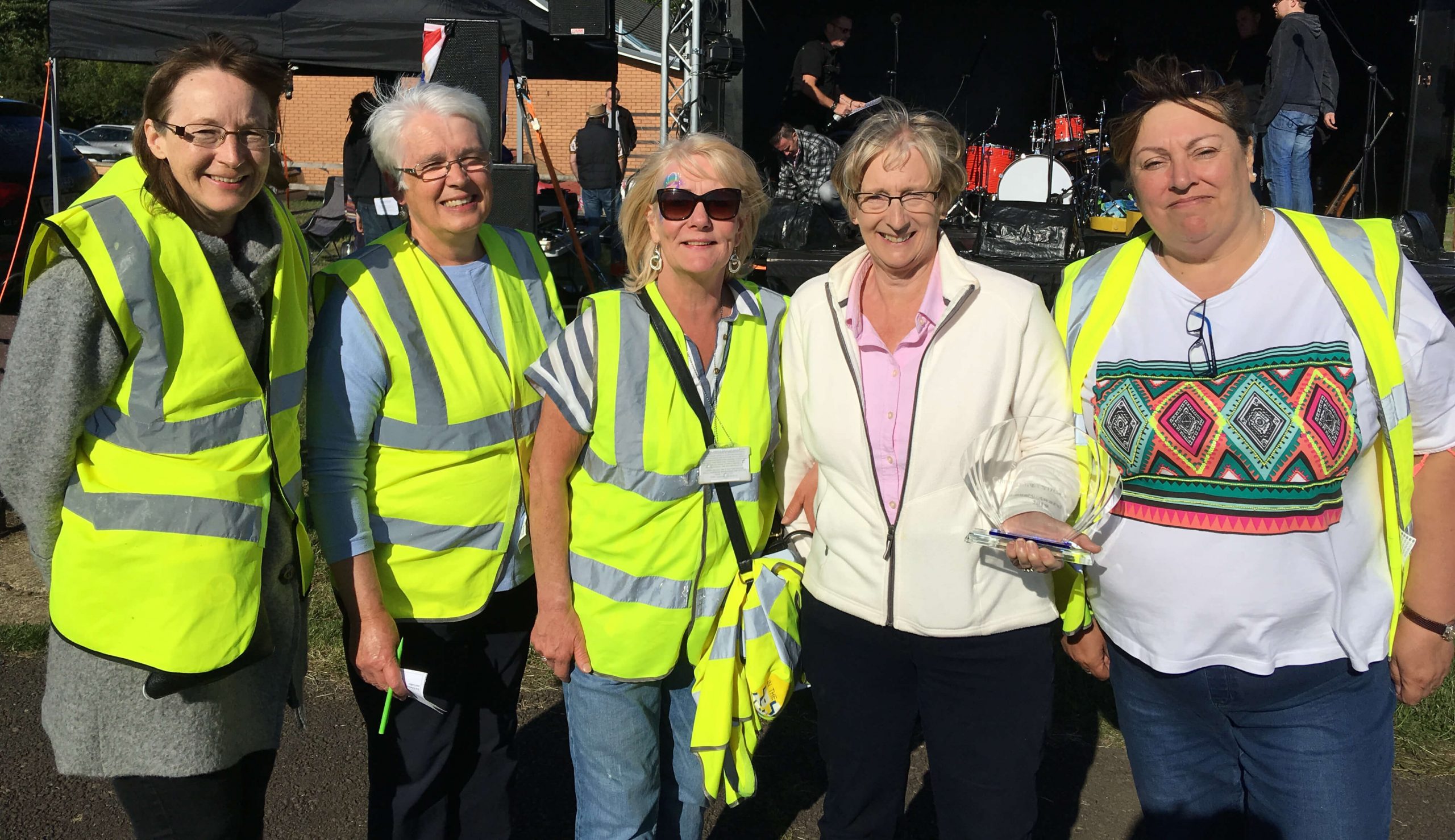 Nominations have opened in Peasedown St John for the village’s Sara Holley Community Award – launched nine years ago in memory of one of its most popular res’dents.

Sara’s son, Scott Holley, said: “We can’t believe nine years have passed by already. A day doesn’t go by when we don’t think about Mum, and so are grateful that the Party in the Park team organise this award every year. I know that our Mum loved the village and would have felt great pride having a community award named after her.”

Despite this year’s festival not going ahead because of the coronavirus pandemic, event organisers say it is ‘business as usual’ with this year’s 10th Sara Holley Community Award!

Party in the Park Chairman, Nathan Hartley, said: “Our community has been through a lot over the last three months with the lockdown and pressures of not seeing friends and family. It has also been a time where various individuals and groups have stepped up to the mark and led the village through the pandemic. It’s these people that we want to honour this year!“

To be nominated as a potential recipient of the award, candidates must have:

Treasurer of Peasedown’s Party in the Park, Joy Fraser, added: “As a Peasedown native, Sara loved our village immensely and always wanted the very best for it, and for those that live here.

“Those that had the pleasure of knowing Sara will have many happy memories that they’ll cherish forever. She is missed by everyone who had the opportunity to meet her, and those who are active in the community can continue to make the village she loved a better place.“

The award itself will be presented in September, in the form of a surprise presenation at the workplace or outside the home of the recipient.

All nominations must be received by the Party in the Park team by 5pm on Friday 28th August. The Management Committee and Sara’s family will then use the criteria set to go through the nominations.

Nomination forms can be obtained by:

A) Emailing Nathan Hartley: nathan.hartley@peasedownpartyinthepark.org.uk or

b) Downloading an interactive copy by clicking here