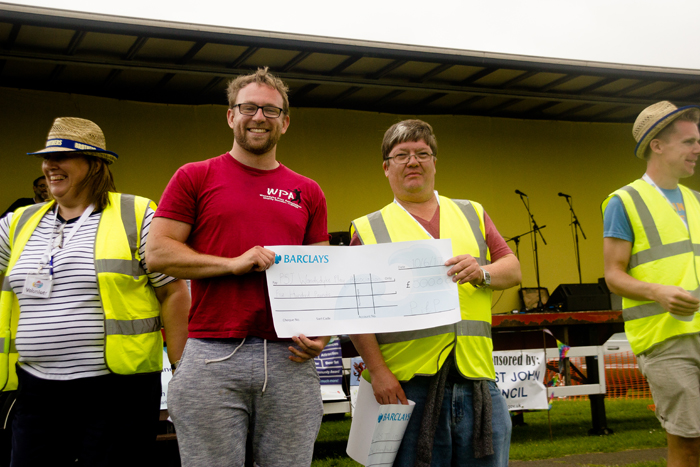 Over £15,000 distributed to Peasedown projects…

Peasedown St John’s Party in the Park is held every summer on Beacon Field and, due to its success, every year thousands of pounds are raised annually.

The majority of the money goes towards funding the following year’s event, but the organisers always set aside a small sum of money – the Party in the Park Grant Fund, to reinvest back into the village in the form of small financial grants.

Party in the Park Chairman, Nathan Hartley, said: “When the organisers first met to plan Party in the Park we decided that no matter how much money we raised we’d like to give some of it back to the community. This is our way of thanking residents for supporting this year’s festival and making it such a special day.”

To qualify for a Party in the Park Grant, applicants must be part of an organisation based within Peasedown St John. The organisation should be not-for-profit, a registered charitable trust, or seeking funding for one-off costs that cannot be met from their existing finances.

Priority will be given to groups who have not applied before.

Sam Murphy, who is the group’s Treasurer, said: “All the members of the Management Committee have a strong sense of pride in Peasedown St John. We believe passionately in supporting the community at a grassroots level. Therefore, as well as just organising a large summer event each year we also want to do things for the community all year round. We really do hope that the money we are giving away will be a benefit to the successful applicants.”

Over the last 11 years, more £15,000 has been redistributed back to the community.

Party in the Park Grants have been awarded to:

Each of the groups have used the money to invest in activities and events for Peasedown St John residents.