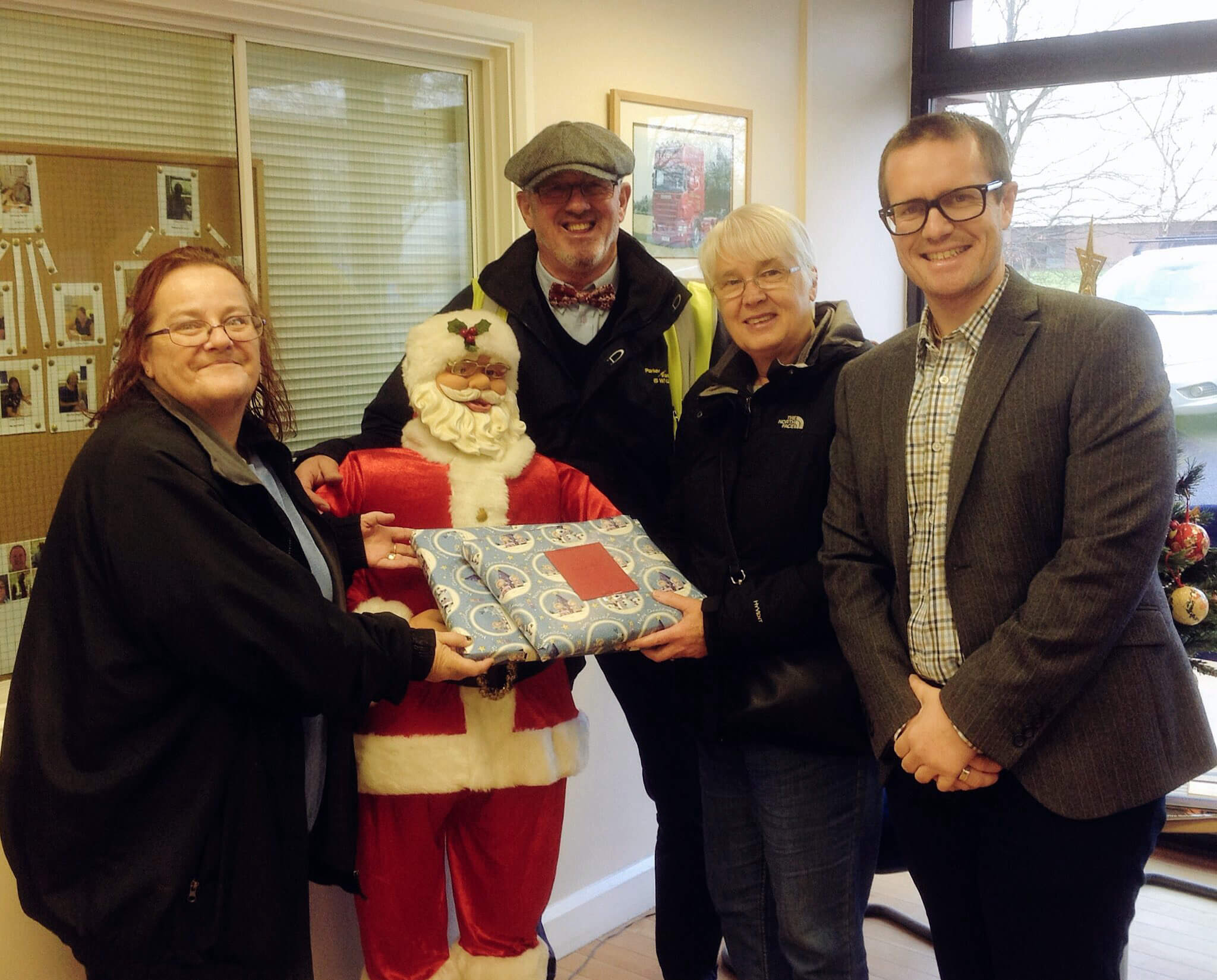 Founded in 1981 by Kelvin Parker, the business transports goods all over the country and is a provider of employment for local people. This year they celebrated their 36th anniversary.

Last week, Party in the Park’s Joy Fraser and Nathan Hartley visited their offices to thank business owners, Kelvin and Caroline Parker for their support.

Festival Chairman Nathan Hartley said: “We are pleased that Parker Transport SW Ltd supported us again this year. Kelvin and his wife Caroline were very generous in allowing us to use one of their trucks as our stage for the day, which over the last eight festivals has become a key focal point for all for the entertainment.”

Festival Treasurer, Joy Fraser added: “Despite the recession some years ago and many local businesses struggling to make extra cash, Parker Transport SW Ltd provided their service free of charge. For this we can’t thank them enough and hope the two big boxes of chocolates we delivered to their office last week were much appreciated over the Christmas break.”