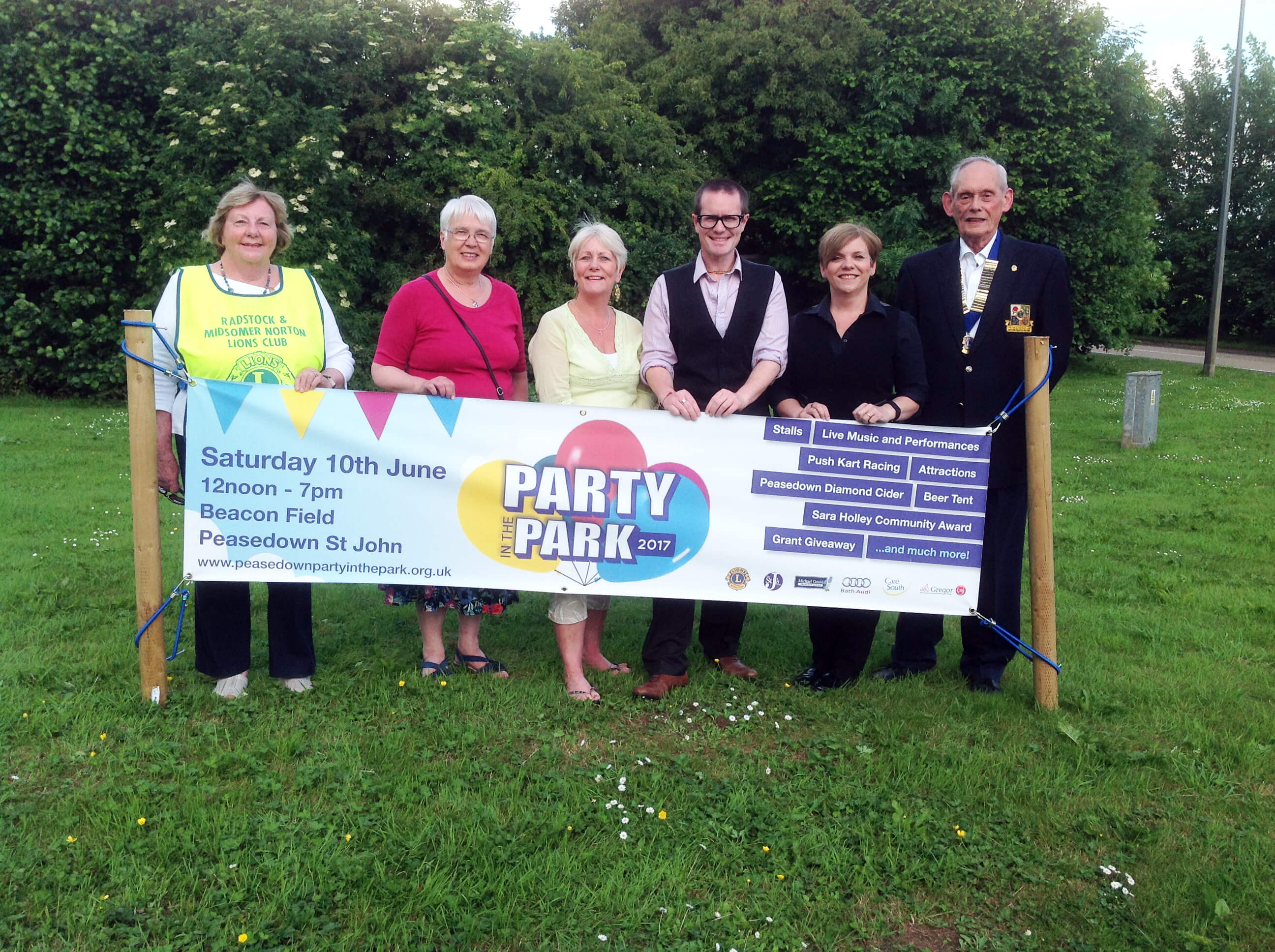 Peasedown gets ready to party at summer festival

There are just days to go until Peasedown St John’s biggest annual event – the 9th Party in the Park village festival.

The event includes a huge array of stalls and attractions, Peasedown’s first ever Official Push Kart Race, the return of the Peasedown Diamond cider, the results of the Party in the Park Grant Giveaway, special guest Richard Wyatt from HTV/ITV news, and the announcement of the 2017 Sara Holley Community Award.

Revd Matthew Street, Vicar at St John’s Church, said: “The event organisers have been working very hard to ensure this year’s Party in the Park is the best yet with even more attractions, performers and celebrity guests. St John’s Church is always pleased to support events that make a positive impact in the community, which is why we are pleased to be one of the 2017 official sponsors.”

The local Lions Club, this year’s Official Event Partner, will be providing over 30 hours of volunteer support by helping to staff the festival gates.

Nathan Hartley is chairman of the festival’s organising committee, and was instrumental in setting up the event nine years ago. He commented: “We are hoping to top the last eight festivals and put on a show never seen before in Peasedown St John. The team has worked exceptionally hard this year. We have almost 60 attractions, more than 50 volunteers signed up to make sure things run smoothly, and have smashed our fundraising target of £3,000 which we need to host the event. The nine members of the management team have contributed more than 200 hours of volunteer time to ensure Peasedown’s Party in the Park lives up to its already positive reputation.”

To add extra excitement to the proceedings, this year’s Special Guest Host has been confirmed as Pete Helmore from Somer Valley FM.

As well as the Sara Holley Community Award and Somer Valley FM broadcasting live, other attractions and stalls include;

Peasedown St John’s Party in the Park festival will be held on Saturday 10th June on Beacon Field, French Close (BA2 8SN), from 12.00pm – 7pm. Parking is limited around Orchard Way so people are encouraged to walk or use public transport. B&NES Council has granted a road closure for French Close for the duration of the event.